While most managers do not consider commuting distance in their recruiting and hiring decisions, the following data challenges this norm. Most respondents who are not at-home agents have short commutes to work, of under 30 minutes.

The most satisfied commuters are those with very short commutes of under 10 minutes. Conversely, the least satisfied are those with a commute taking more than 60 minutes. This category shows a major drop in satisfaction. While such commuters represents only 4.2% of the respondents, that still corresponds to 218 people and thus has statistical relevance.

Employers should keep this in mind when defining the borders of the recruitment area from which they wish to draw. Casting a wide net is not necessarily a good idea. Long commutes can sap energy and create stress, costs and resentments that end up coloring the agent’s view of his or her work situation.

The most satisfied agents are those who don’t commute at all, but rather work as at-home agents. The 200+ agents in this category scored measurably higher than the average for brick-and-mortar agents. Managers should also keep this in mind when considering their employment options.

My Agent Voices blog posts are the result of research on over 5,000 agent surveys conducted in North America. - - Bruce Belfiore 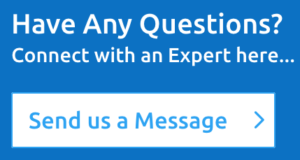